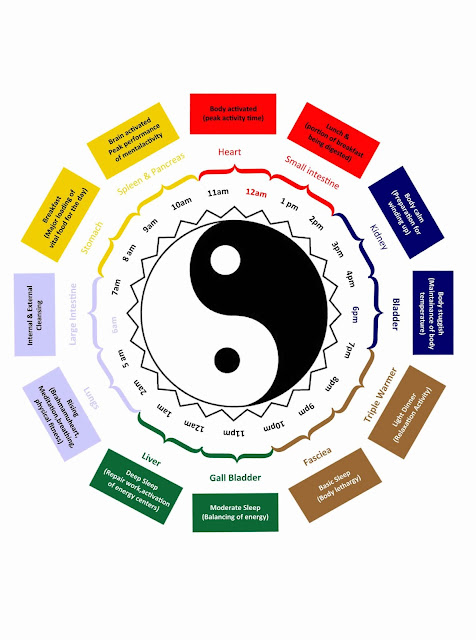 ·         Yang stands for destruction; Yin stands for conservation.
·         Yang brings about disintegration; Yin gives shape to things….
·         The pure and lucid element of light is manifested in the upper orifices and the turbid element of darkness is manifested in the lower orifices.
·         Yang, the element of light, originates in the pores. Yin
, the element of darkness, moves within the five viscera.
·         Water is an embodiment of Yin, as fire is an embodiment of Yang.
Yang creates the air, while Yin creates the senses, which belong to the physical body. When the physical body dies, the spirit is restored to the air, its natural environment. The spirit receives its nourishment through the air, and the body receives its nourishment through the senses. 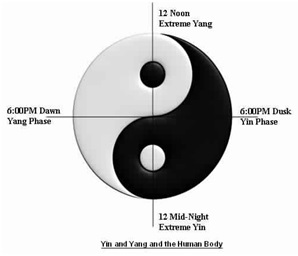 Human beings are inextricably part of the whole of nature and as such are themselves an expression of the interplay of forces, of Yin and Yang. Our bodies, our breath, the way we work, the way we play, and think all originate from and manifest the interaction of these two forces. Accepting this, the principles of Yin/Yang theory encourage a holistic view of life and suggest it can be lived as a work of art. By understanding the applications of Yin/Yang theory to all aspects of life, a person can achieve the balance so essential to a sense of well being. Life’s activities are never isolated from each other; by contemplating the interaction of Yin/Yang forces within us, we can learn to express ourselves, take care of our bodies, and nourish ourselves in a well-balanced manner.
The ancients observed 2 phases of constant cyclical change. Yin constantly changes into Yang& back into Yin again. This can be seen in the changes of four seasons, and the changes throughout a single day (24 Hour Cycle), as seen below.