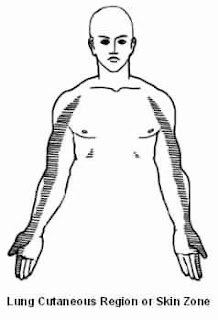 The study of ancient eastern medicine rests on the circulation of Qi,prana, ki, pneuma, mana, energy, etc.The energy flow in certain pathway called the channels/meridians/energetic pathways, etc. These channels are also known as jing-Iuo. Jing means “to move through,” while luo means “a net” (the body’s inner fascia). Along these channels are major trunks and lesser branches that connect internally with the vital organs and externally with the major channels, limbs, sensory organs, and orifices.The smaller branches are known as collaterals, and also there are tiny areas along these channels and collaterals where Qi meet and disperse which are called points. 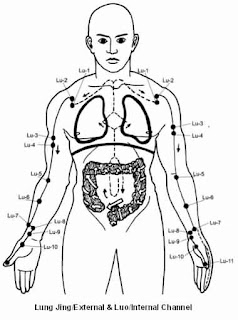 These points are the spots where the patient’s spirit and energy enter and leave the body. When stimulated,these channel points (sometimes also called”acupuncture points”), cause an energetic response from within the internal organs and channels, resulting in internal Qi flowing from organ to channel,from channel to channel, or from point to point along the same channel.Qi travels throughout the physical body along the channels and collaterals much as water flows through rivers and streams. 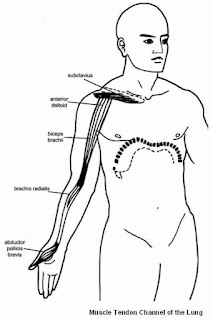 As many diseases follow a predictable course of development.The pathology in an internal organ will often manifest itself in certain external or systemic symptoms.Therefore, understanding the circulation of Qi flow, allows the doctor to control each organ’s energetic function. By stimulating specific sites on the body’s surface, diseases in both the superficial tissues and internal organs can be treated.The understanding of the channels and their energetic function and interactions provides the Qigong doctor with the basis for understanding the relationships among the various physiological, pathological, diagnostic, and the rapeutic relationships in Medical Qigong.

The channels are classified into four main categories:Jing, Luo, Muscle Tendon, and SkinZones.

1) The Jing Channels are the Primary Channels. These channels include the 8 Extraordinary Vessels, the 12 Primary Channels, and the 12 Divergent/Connecting Channels.
2) The Luo Channels are the Collaterals. These collaterals include the 15 Major Collaterals, the Minute Collaterals, and the Superficial Collaterals.
3) The Muscle/Tendon Channels consist of 12 channels that serve as external connections to the major channels, flowing through the body’s muscles, tendons, and ligaments.
4) The Cutaneous Regions are skin zone areas where the channels surface on the external tissues.